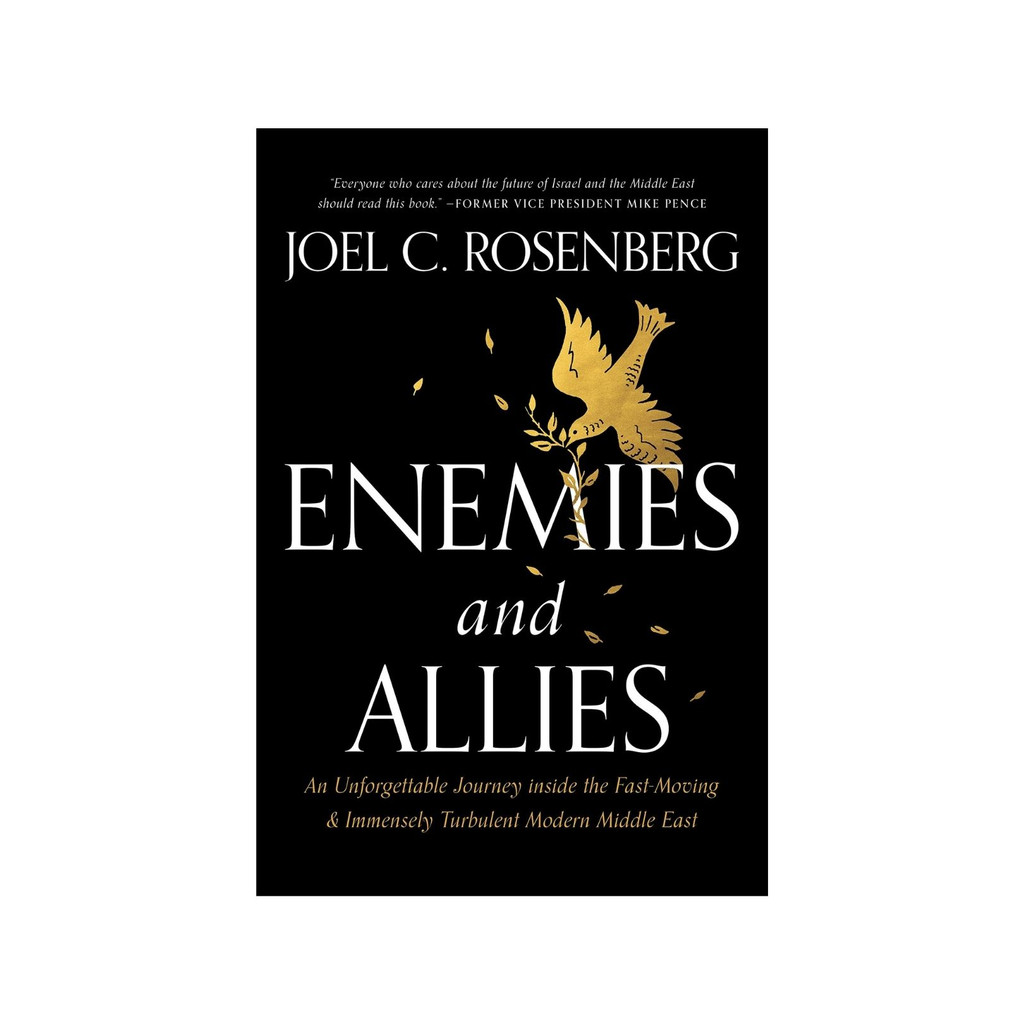 Do recent changes in the Middle East signal peace? One Arab country after another is signing historic, game-changing peace, trade, investment, and tourism deals with Israel. At the same time, Russia, Iran, and Turkey are forming a highly dangerous alliance that could threaten the Western powers. Meanwhile, the U.S. is drawing down its military forces in the Mideast and focusing on matters closer to home. Where’s it all heading?

New York Times bestselling author Joel C. Rosenberg, based in Jerusalem, skillfully and clearly explains the sometimes-encouraging, sometimes-violent, yet rapidly shifting landscape in Israel and the Arab/Muslim world. Enemies and Allies will take readers behind closed doors in the Middle East and introduce them to the very kings and crown princes, presidents and prime ministers who are leading the change.

Includes exclusive, never-before-published quotes, insights, and analysis from the author’s conversations with some of the most complex and controversial leaders in the world:

Sorry, there are no reviews for this product yet.